Before we go any further I'd better explain that my piano's both have names which I'll be referring to them by.  The digital piano is called Roland and the upright piano is called Spencer.  Both are quite old and well-loved now and I feel that their names suit them - as well as being their makers names!

So once I'd decided that these projects would be a great idea, I decided that I wanted to make them with the same fabrics but different designs.  So I started off by measuring the maximum dimensions I could fit and then headed to Sewing Daze fabric shop to do some shopping and letting the fabrics help me decide what to do.  While there the owner, Louise, helped me to pick some fabrics based on the one or two that I liked and gave me some ideas for designs and taught me a new patchworking skill - snowballing corners!

This is made of four star blocks with sashing and a border.  The quilting is fairly simple, just stitching in the ditch around the stars.  Then it was finished off with binding so that the binding colours matched the border. 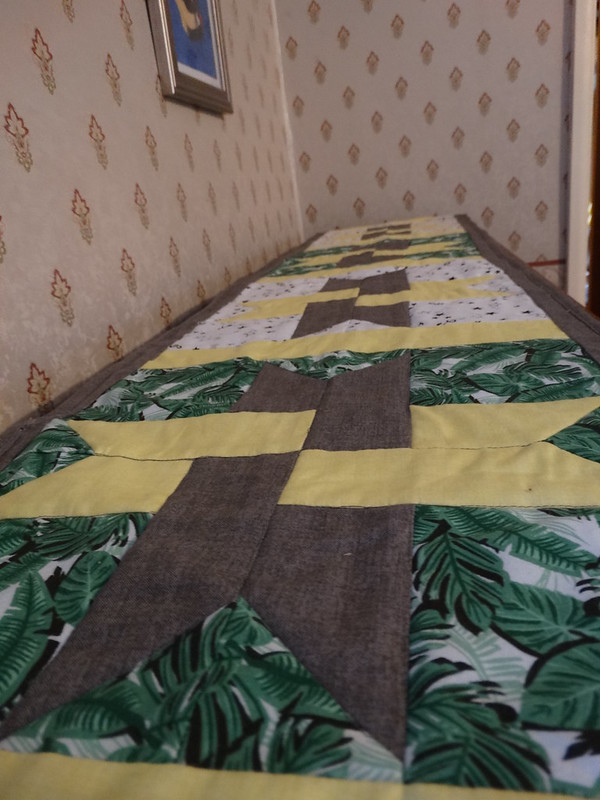 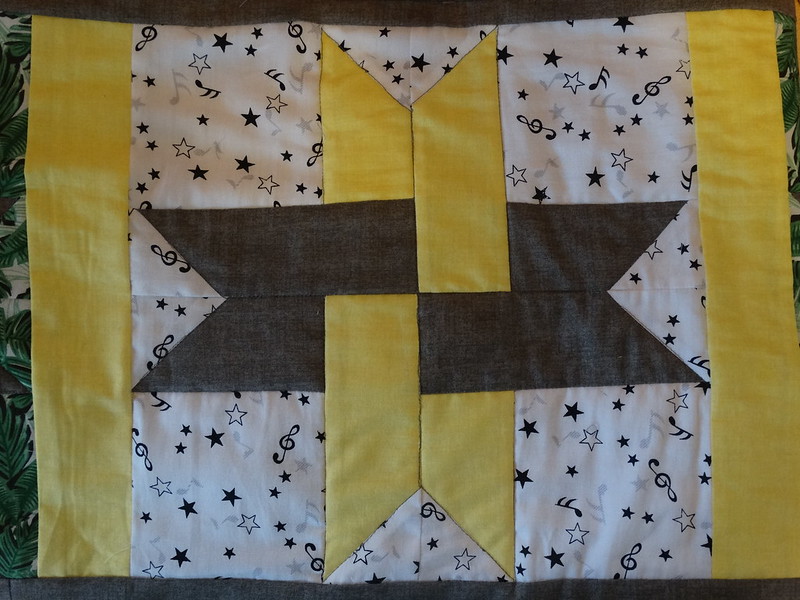 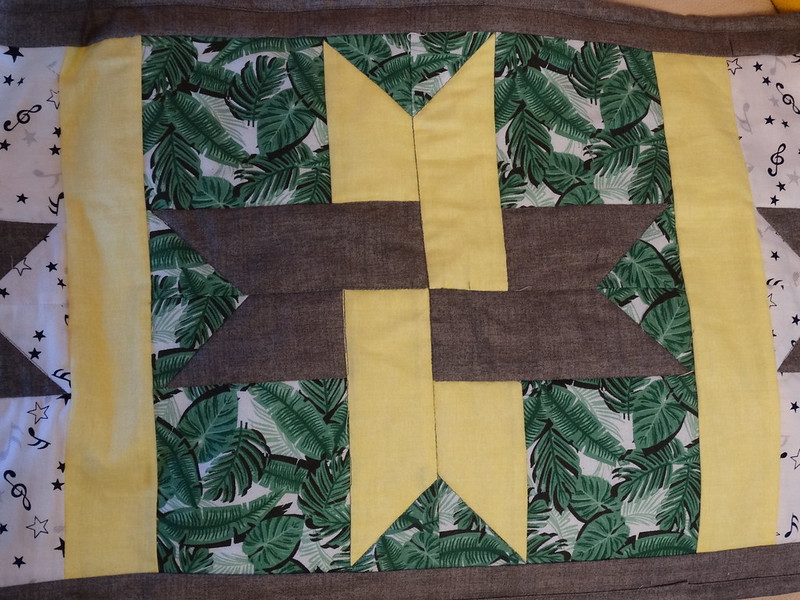 I knew that I wanted something using two and half inch strips (because that I was what I had left over from Spencer's top runner) so I decided to do a design that looked like a braid.  I was mostly making this up as I went along but it worked out well in the end.  I did it piece by piece a bit like when doing a log cabin block.  I'd made it too wide and then trimmed it into a rectangle (you'll find out what I did with the leftovers in a minute).  I added the white border and decided not to quilt this one so I made the quilt sandwich and then some scrappy binding using the leftover bits and pieces of my two and a half inch strips. 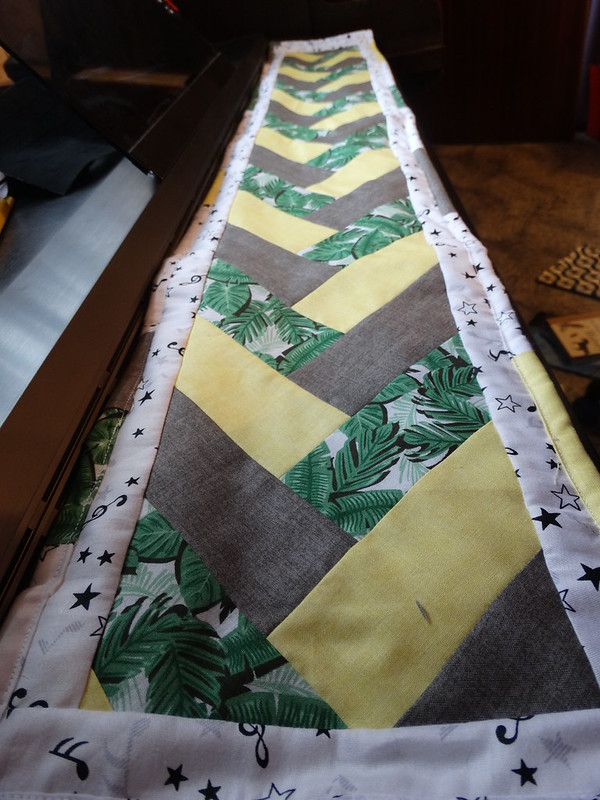 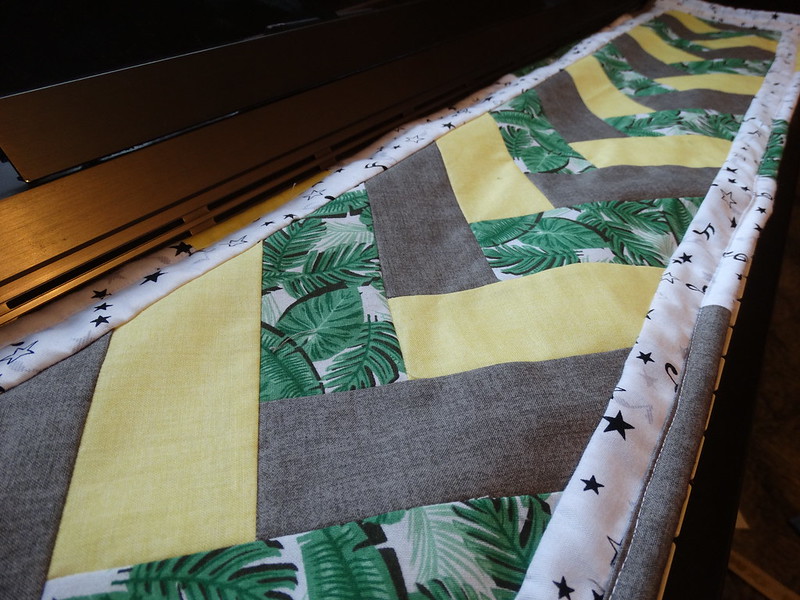 With the side bits I trimmed off Roland's key cover, I experimented with trying to join them together in different ways, but I ended up doing the simplest method of sewing the straight edges together and then trimming that into another rectangle.  I added a border to that, decided not to quilt this one either and then did the same binding as in Roland's key cover. 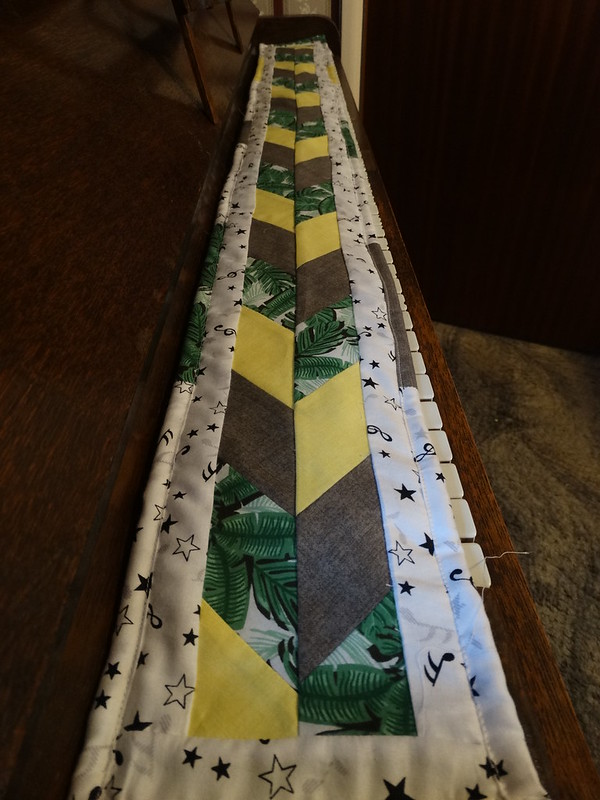 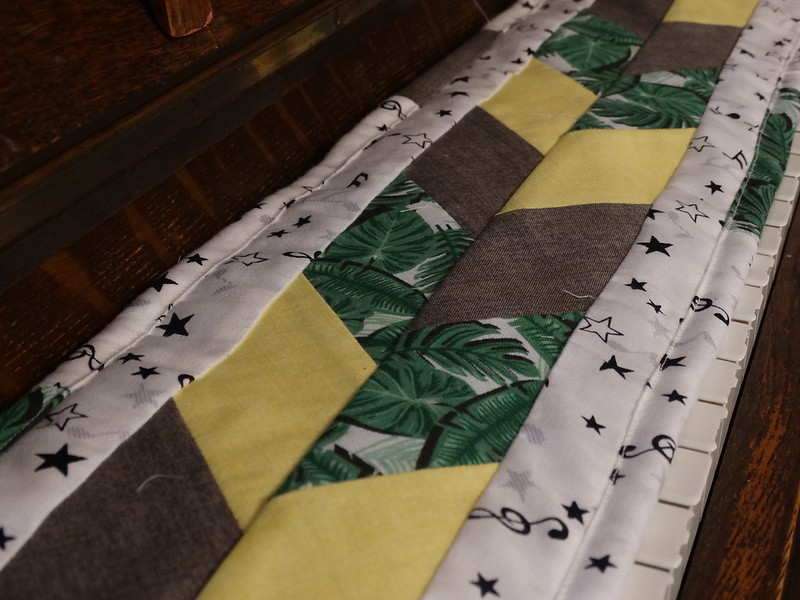 I'm pleased with how these have come out!  They aren't perfect by any means, but they are handmade and functional!