Today starts a new feature on my blog!  I wanted to give myself a reason to use my blog more and share what I'm up to with you all.  So starting today, I'm going to be publishing a weekly feature which shows you the creative and crafty things I've done during the previous week!

Festiwool
Last weekend started off in a great fashion with a visit to Festiwool in Hitchin!  There were a great many stalls and sellers, so much exciting stuff to look at!  As ever, I wanted to buy one of everything when I first saw it, but sense took over and I ended up spending a modest amount this time!
I brought two skeins of sock yarn from Rosie's Moment in the colourways 'Autumn Leaves' and 'Ferns'.  Last week I finished some socks made from a Rosie's Moment yarn and they are just delightful.  I can't wait to use these ones! 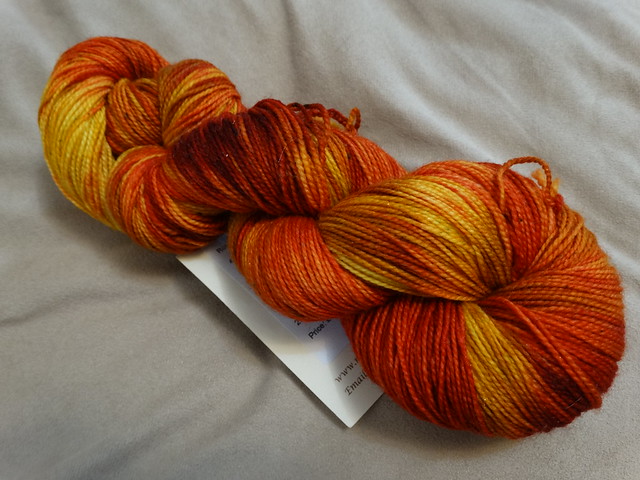 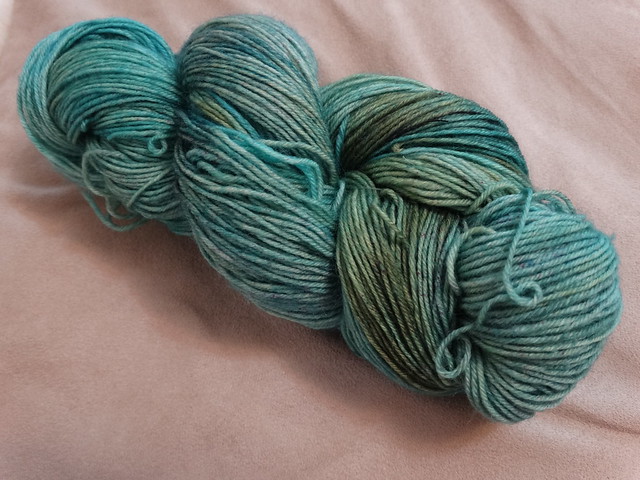 I also brought home some spinning fibre, all purchased at Velvet Sixpence - a braid of Southdown dyed in a lovely shade of dark burnt orange and three batts of mixed fibres (made from their leftover bits and pieces).  I can't wait to start spinning these! 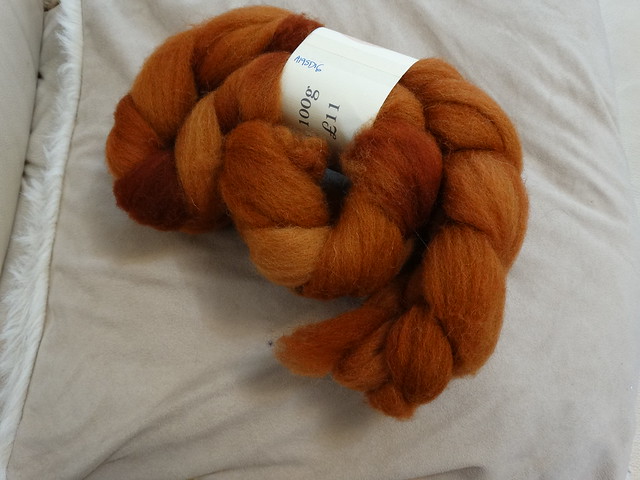 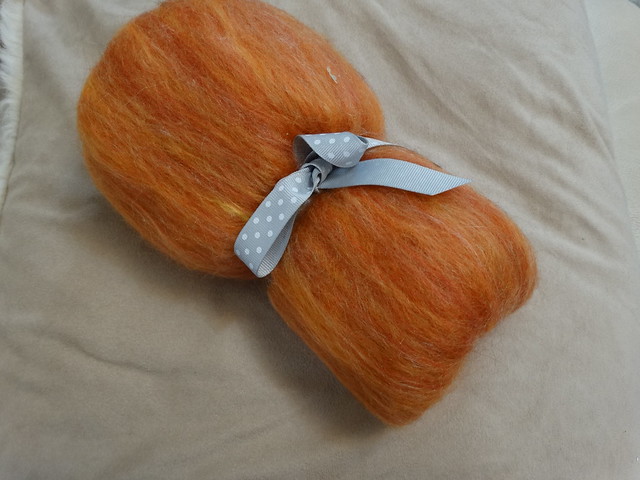 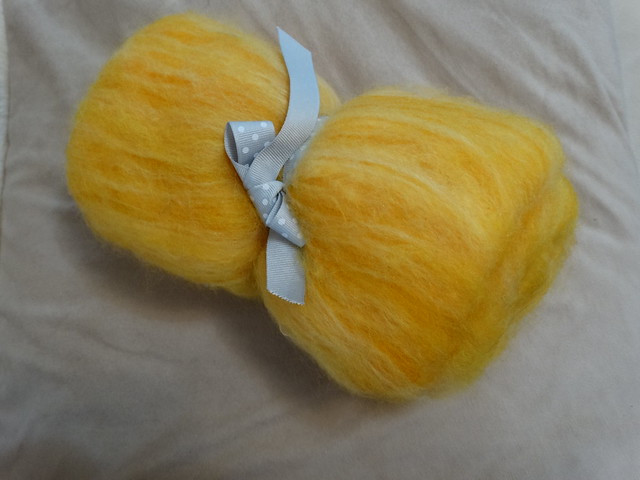 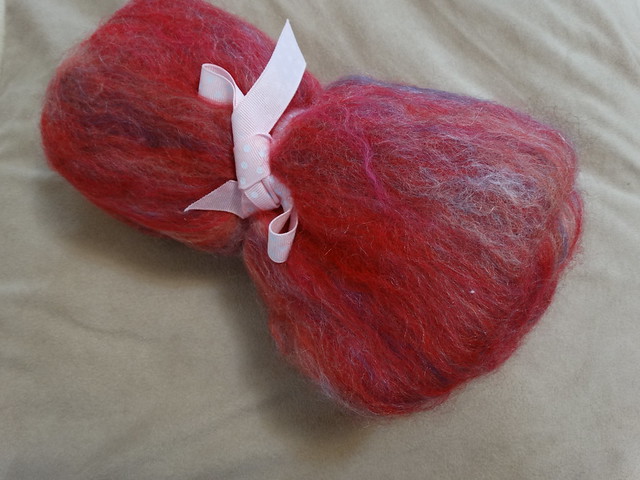 Knitting Projects
This week's knitting project hasn't gone very fast, but I've steadily added a few rows onto my Jupiter 2.0 Socks.  This is the second time I've made this pattern which is the Jupiter Socks by Drops Design.  The yarn is a handdyed skein purchased from MintBee Yarns at Waltham Abbey Wool Show back in January! 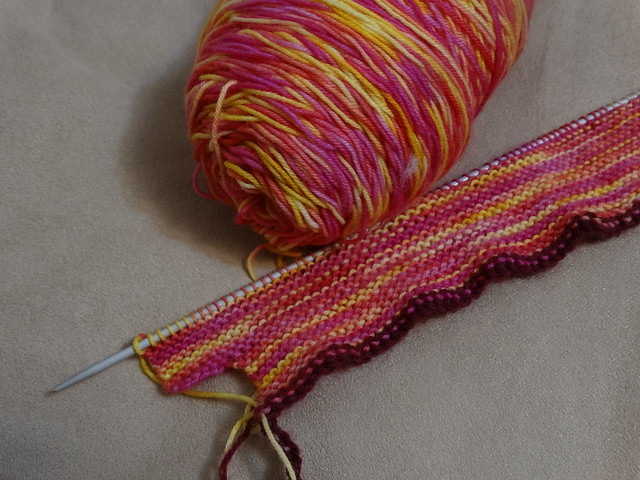 On Monday I had a long day where I was travelling a lot so I decided to take a nice, simple crochet project with me.  This is the Jazz Age Washcloth made with Sirdar Snuggly 100% Cotton.  The yarn lives up to its name of being very soft!  This was a nice easy project but looks so effective!  I would definitely use this stitch pattern for a garment or accessory! It would obviously look better if I blocked it, but its a washcloth so I don't see the point in blocking it unless I'm gifting it! 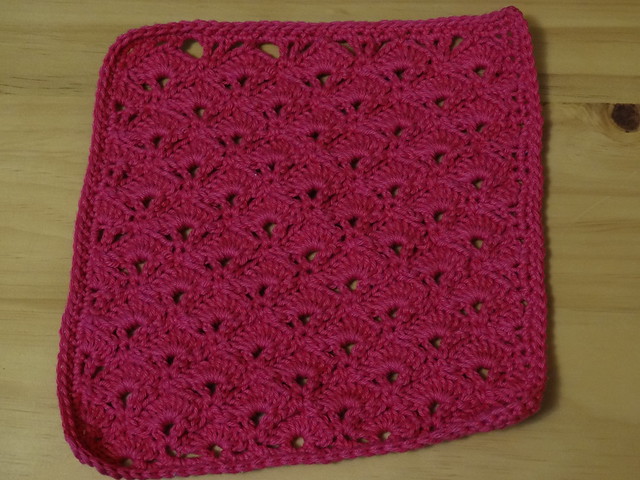 Spinning Projects
I've done some work on two spinning projects this week!  For the first one, I finished spinning up a 25g braid of Black Welsh wool into a lace-weight single.  This is the start of a little breed study for me.  The fibre was purchased at World of Wool and was really pleasant to draft and work with.  I used Holly (my top whorl drop spindle) and after some time resting to make the single easier to manage, I plan to make it into a two ply yarn.  If I'm feeling adventurous it might be a chained three ply, but I'm undecided so far! 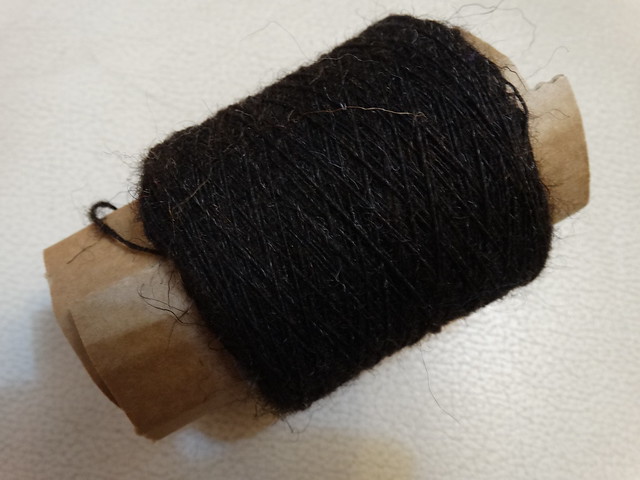 The second spinning project I've continued this week is on Fairy Queen.  This project is the second part of an experiment to see how much yarn I could fit on certain spindles and how two batches of the same fibre spun up with different methods.  I plan to go into this is more detail in another blog post when I've finished both skeins, but for this week, I've been starting to ply the second skein!  Just a basic two-ply from both ends - nice easy spinning! 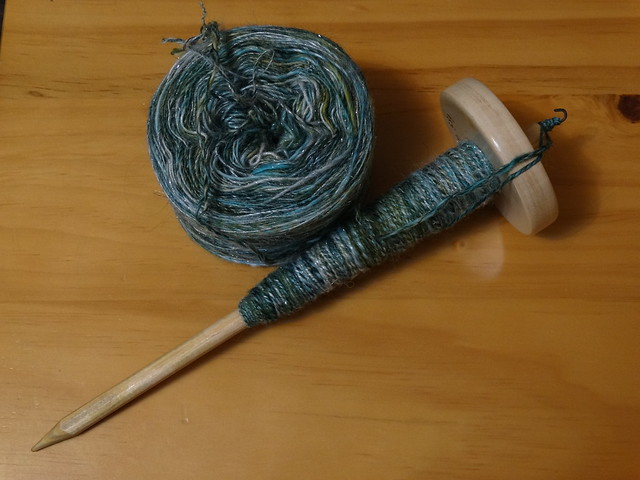 Its not been as creative as week as it sometimes is - mostly because I had several days where I did very little crafting - but various projects are moving on.  Till next week, adieu!