Today I want to share a knitting pattern that I designed a while ago, but that took ages to actually knit up.  (It would have taken less time had I not got distracted making a baby blanket half way through.  The blanket needed finishing before the baby was born!) 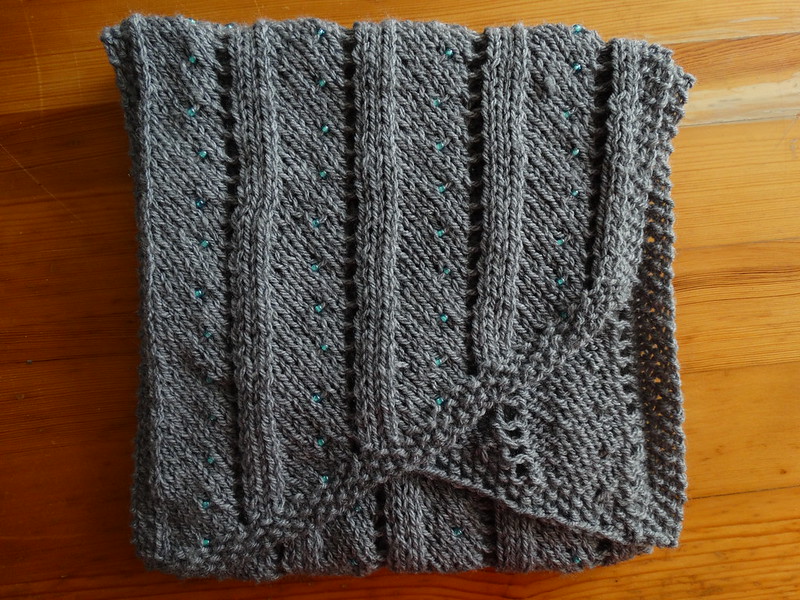 This is a beautiful pattern that is much simpler than it looks.  It features some simple eyelets and placement of beads gives it an extra bit of sparkle and glamour.  The name of the shawl was inspired by the colours I used to make the sample.  A beautiful silvery grey yarn spoke to me of a grey, blustery day at the seaside (wrapped up in hat, scarf and gloves) while skimming pebbles and looking in rock pools and combing for shells.  Sparkly turquoise beads spoke to me of the occasional glimmer of light shining on the sea, temporarily adding a ray of colour on the grey.

Materials & Tools
- DK Yarn (around 300m for around a 160cm scarf) - I used Hayfield Bonus DK (Acrylic) in colourway 838 (Silver Grey).  Length needed may vary depending on your gauge.  I brought 2 100g skeins and used 1.02 of them, but it depends on the length of your scarf, but 200g should be more than enough!  (By the way, I find the nicest length for a scarf is when the length of the scarf is about the same as the height as the person its knit for.)
- 3x 11.5g tubes of 6/0 Seed Beads - this size was fairly tight on the yarn which means they stay in position better, but there was a point where shuffling them along got pretty tedious, best way to decide is to simply try out the yarn with the beads (bead shops near me are pretty good at letting you try things out before you buy).  I used 284 "Toho 6/0 Inside Colour Aqua, Light Jonquil Lined" beads for my scarf.
- 6.5mm knitting needles
- Needle that will fit through your beads with yarn attached (I used a thin cross stitch needle, but anything that works)
- Yarn Needle (for weaving in ends)
- Scissors (for finishing off) 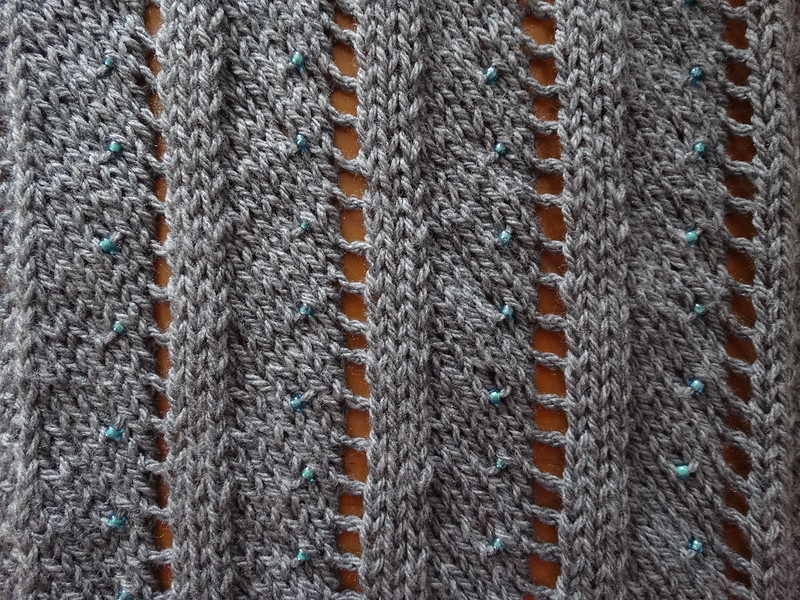 Seasong Scarf Pattern
Notes: There is a 3 stitch wide seed stitch border which helps the finished scarf lie flat.  You could replace this with garter stitch or other non-curling stitch pattern of your choice.  If so, replace the 4 set up rows with this stitch pattern as well.  These stitches are placed in these { } brackets.

Abbreviations
B - Place bead by first moving the yarn forward as if to purl, push the bead down close to the knitting, slip the next stitch purlwise, move the yarn to the back.  The bead should sit in front of the slipped stitch.
K - Knit
K2TOG - Knit 2 stitches together
P - Purl
YO - Yarn over

Repeat these 4 rows until your scarf is around 2cm shorter than you'd like it to be.
Final Pattern Row: Repeat Seasong Pattern Row 1 to have matching bead placement on each end of the scarf. 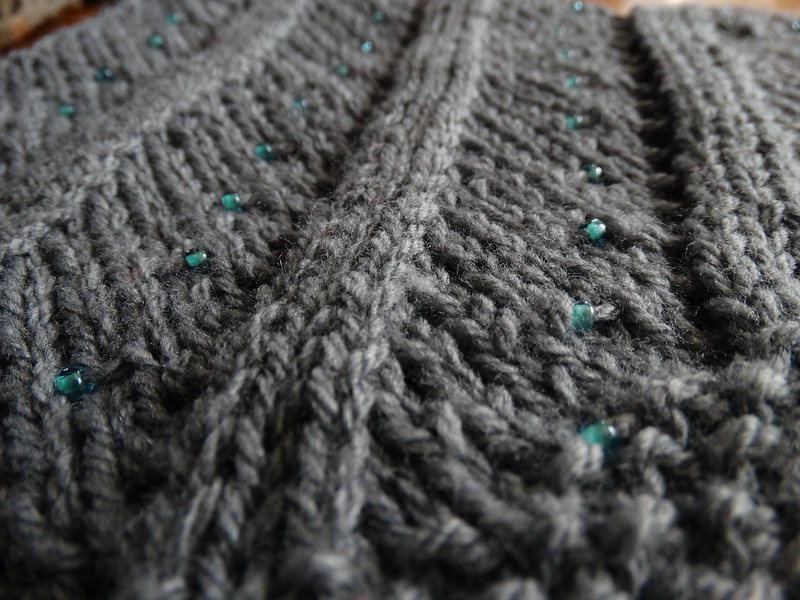